The United States has just lifted a 50-year ban on American citizens visiting Cuba as tourists, essentially opening up a brand new tourism and economic market for both countries.

These significant new measures, together with eased restrictions on trade and newly granted access for Cubans to American bank accounts and the US dollar, are all part of a greater push to broaden Cuba’s access to the global economy and restore relations between the two countries.

Independent travel to Cuba will now be much easier for Americans, and although there are still restrictions on the type of travel (it’s allowed for educational, cultural and other authorised purposes), the longstanding ban on general tourism to the island has been lifted and regular flights between the countries will resume later this year.

Cuba has always been a popular holiday spot despite the travel restrictions. Even though Americans visiting Cuba previously had to go in organised group tours and/or fit one of 12 authorised categories, US travel to the island skyrocketed more than 50% in 2015 – an obvious indication of the growing desire for its unique travel experience.

Australians, on the other hand, have always been able to freely enter Cuba. While these recent US trade and tourism changes won’t directly impact Australian travellers in any way, it has certainly put the rich culture and intrigue of this Caribbean nation back into the spotlight.

So if your interest has been peaked and you’re thinking about travelling to Cuba, find out everything you need to know below!

Cuba is a fascinating place to visit – a fusion of past and future, an oddly welcome contradiction of the natives’ inherent patriotism and dignity with a nation that’s economically poor and culturally primitive.

But despite that, the island buzzes with life, colour and charm. It’s no wonder that so many international tourists every year choose to visit this vibrant, animated country so rich in culture and spirit.

Take note, however: Cuba is not an easy place to visit. It’s not for the timid, offering little guidance and support for independent travellers – which is probably why the majority of visitors choose to travel with a guided tour.

Travelling on your own isn’t impossible, though. If you do decide to go it alone, here are some simple survival tips for making the most of your once-in-a-lifetime experience:

With no commercial flights currently connecting the US and Cuba, the best way to get there is via Mexico or Canada. You can fly one way from Cancun in Mexico to Cuba’s capital Havana with the national airline carrier Cubana for around $270.

Travellers should soon have more flight options, however, with the US expected to begin regularly scheduling flights between the countries later this year.

There aren’t any compulsory vaccinations required for travel to Cuba, but a few are highly advised just as sensible precautionary measures. Your typhoid, hepatitis A, diphtheria, tetanus and polio vacs should all be up to date, which you can get from your GP.

You’ll need to get these vaccinations at least two weeks before you travel, but ideally at least two months in advance.

Despite the differing advice from the Cuban Embassy in Canberra and various travel guides, Australians don’t require a special visa to get into Cuba and can enter just with a standard travel card that you can get over the counter when you board your flight to Havana. Always check for the latest advice on Smart Traveller.

The card costs about $18 AUD and eliminates the need for any other arrival documentation – you just have to go to the customs counter when you arrive in Havana with your passport and travel card, and you’ll be allowed entry.

The Cuban Embassy urges Australian travellers to apply for a tourist visa by sending your passport (and $60) to Canberra for processing, but we believe this is unnecessary. Just check out this or this forum thread on TripAdvisor.

Cuba has two currencies: the Cuban Peso and the Cuban Convertible Peso (CUC). Locals use the Peso while foreign tourists are issued with Convertibles, which have a conversion rate of approximately 1.3 AUD to 1 CUC. Accommodation, restaurants, bars and taxis all charge in CUCs, and even everyday items listed in pesos will be happily converted to CUCs.

Australian dollars can’t be exchanged there and US dollars are not allowed. And while they do have ATMs, they don’t accept American bank cards or Australian bank cards affiliated with American banks. Your best bet is to bring in foreign cash to convert into CUCs – ideally, Euros.

Wi-Fi is not readily available, but most hotels have computers with internet access – although at frustratingly slow speeds and high costs.

Most Australian mobile phone companies don’t have roaming agreements with Cuba so many Australian phones, even with global roaming, won’t work there. You can get an international SIM card – just make sure you check the charges for calls and texts in Cuba as it can be quite expensive with some carriers.

Travel insurance is highly advised in Cuba, as hospitals and medical facilities are expensive and unreliable at best. Make sure you choose a provider with a 24-hour emergency helpline, and keep a copy of your policy and all emergency phone numbers on you. 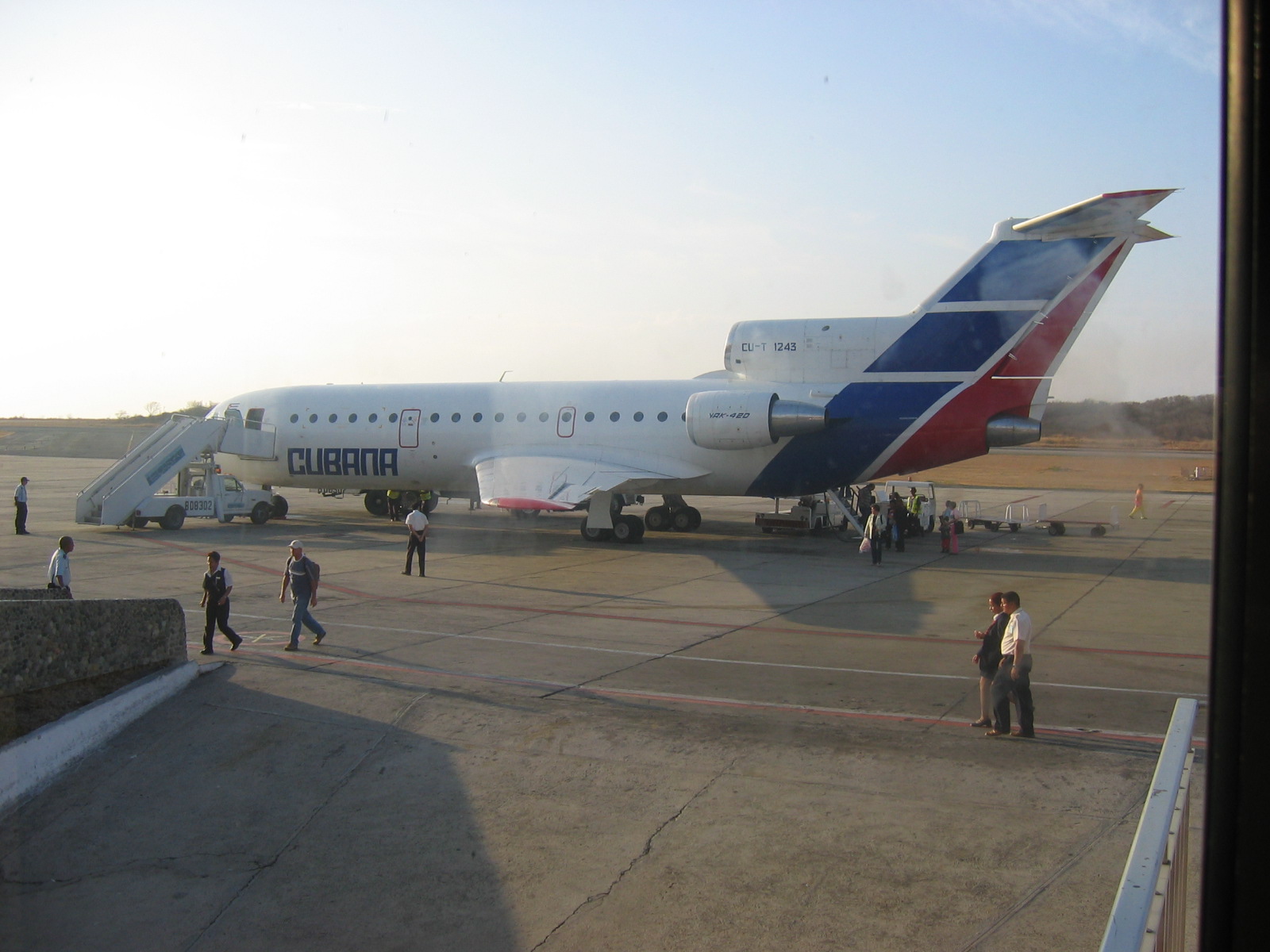 Cuban laws extend to foreign travellers in the country. You must carry photo identification with you at all times, and may be detained if found without it. If you lose your passport or other identification documents, you should contact the Canadian Embassy in Havana immediately which is available to assist Australian citizens and residents.

Penalties for drug offences are severe and can lead to lengthy prison sentences in local jails. Don’t take drugs into the country with you and don’t accept them from anyone offering them to you, as they may be undercover policemen.

It’s also illegal to drink and drive, engage in black market activities, and take photos of military or police installations, harbours, and rail or airport facilities.

Be aware of the risk of crime in Cuba. Foreign travellers have been victims of both violent and petty crimes including assault, sexual assault, muggings, pickpocketing and bag snatching. Stay vigilant throughout your travels and take steps to protect yourself by securing your belongings to your body and avoiding isolated areas.

If you are a victim of crime or theft while in Cuba, make sure you get a written police report from the Policia Nacional (National Police) before you leave the country.

Cuba is a beautiful, energetic and culture-rich country to visit, but like with any foreign country, it’s crucial that you travel smart and travel safe. One of the best ways to protect yourself is to register your travel plans with the Department of Foreign Affairs and Trade, and keep an eye on Smart Traveller for any safety risks and updated travel advice for the area.

For more info see our FAQs and Product Disclosure Statement.